by Bob Spivey, ISE Board Member and SEEDS co-founder

Recently I heard reports of Egyptians ordering pizzas for protestors in Wisconsin. Truly we are living in extraordinary times.

If the resurgence of Islamic fundamentalism had posed a challenge to the rational, universalist basis of the liberal democratic project, the protests sweeping the Middle East and Northern Africa demonstrate anew the universalism of the longing for basic freedoms. One of the challenges for those of us who want to renew the promise of democracy is how to make that democracy more genuine in this country and in the so-called developed world.

Some of the protestors in Wisconsin, especially those associated with the network Presente.org., have been chanting “Todos Son Wisconsin”—We are all Wisconsin!  They and groups like MoveOn are calling for nationwide demonstrations at 12 noon on Saturday, calling for an end to attacks on the right to organize, and to cuts in basic services to fund tax benefits for the wealthy.  Consider that the return of less than 150 U.S. military personnel from the “war”(military occupation) in Afghanistan would solve the “budget crisis” in Wisconsin.  Furthermore, U.S. financial support to the thoroughly corrupt Karzai government often finds its way into the hands of the Taliban, so that the U.S. government to some extent is funding both sides. The corruption of the Karzai government together with the ethical corruption of the U.S. together fuel the recruitment of Taliban fighters.

We can work to help these protests develop into the independent progressive movement we have so desperately needed in order to overcome the paralysis of cynicism that emerges with the realization of the limitations of the politics of hope.  But I also think we need to set our sights beyond the horizon of reformism and pleading to the powers that be: I think we need a new politics.

The people of Egypt also need to continue their pressure, if that revolution is not to be hijacked, as has been the fate of so many revolutions.  In the countries where liberal democracy has become an oligarchy of the rich, I think we need to work to radicalize that democracy, to expand the role of direct, participatory democratic forms.

Long ago Hannah Arendt wrote that the proper realm of politics had been eclipsed in the developed West by the economic sphere: basic decisions were being made on the basis of corporate profit calculations.  In other parts of the world, authoritarian governments have absorbed politics into the realm of statecraft.  Government as statecraft, however, defines both the dominant systems in the developed and in the developing or majority world.  Everywhere within the force fields of unrestrained capitalism, disparities have become desperate and the natural world has been ravaged in innumerable ways.

The Italian philosopher Georgio Agamben has written about a crisis of law and representative democracy, wherein the power to decide on the state of exception has established sovereignty, rather than the will of the people.  Thus George Bush established Guantanamo outside of customary legal jurisdiction and Barack Obama continues this policy; while the people of Egypt have struggled against the hated “emergency laws” that maintained a state of exception for more than thirty years.

We need to establish new political institutions that will set effective limits on corporate power, and that will reestablish the rule of law based on the sovereignty of the will of the people. Murray Bookchin years ago developed an approach whereby confederated popular assemblies would maintain political power and decision making—including economic decisions—at the base.  Many of the features of the early Green movement in Europe, such as mandated, recallable delegates, attempted to establish the institutional basis for a new politics, but unfortunately, these features were neglected with the hegemony of a more “realo” or reformist Green politics.

I would like to see these ideas which have a rich history reinvigorated in the service of a new politics that can add a vital dimension to the “transition” efforts in local communities, an element that can preserve the gains from these efforts for the benefit of the community and the natural world. 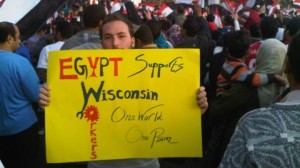 View all posts by ISE →

One Response to A New Politics