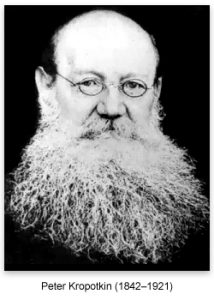 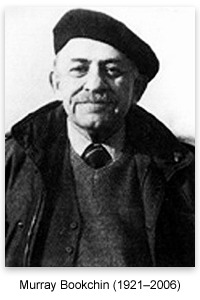 “…founded in 1982 as the research and educational center of classical liberalism, libertarian political theory, and the Austrian School of economics. It serves as the world’s leading provider of educational materials, conferences, media, and literature in support of the tradition of thought represented by Ludwig von Mises and the school of thought he enlivened and carried forward during the 20th century, which has now blossomed into a massive international movement of students, professors, professionals, and people in all walks of life. It seeks a radical shift in the intellectual climate as the foundation for a renewal of the free and prosperous commonwealth.”

It’s quite curious to see the way in which Kropotkin and Bookchin’s work is presented by laissez-fair capitalists. Their respective anti-capitalist views are, of course, not taken up.

One Reply to “Kropotkin and Bookchin discussed on “Libertarian Tradition” podcast”