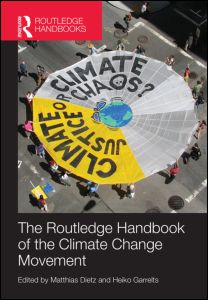 Several contributions by ISE faculty member Brian Tokar are featured in the brand new Routledge Handbook of the Climate Change Movement. Tokar’s chapters include an in-depth review of the emergence of climate justice as a movement-building paradigm, along with several organizational profiles.

Edited by 2 professors from the University of Bremen in Germany, the Handbook was originally published in German by Springer, and the English translation was released by Routledge and Earthscan at the end of December.  It’s an expensive book, so please ask your libraries to order it.

One Reply to “New international handbook of the climate change movement”