From an early 2000s ISE alum, writing from Berlin: 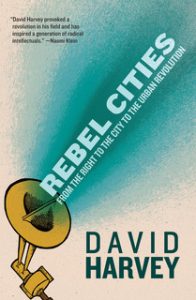 I don’t know if others are aware of this text, so I am forwarding it along. It is from David Harvey, who, has begun to engage with Murray’s ideas about libertarian municipalism in a serious and constructive way. He began the dialogue in his book Rebel Cities, where he wrote that libertarian municipalism was “by far the most sophisticated radical proposal to deal with the creation and collective use of the commons at a variety of scales.”

In his new text, “Listen Anarchist!“, he continues to engage with Murray’s lasting contribution to political questions of societal reorganisation. The text is not only worthwhile because of the substantive content, but also because of who Harvey is, one of the world’s most renowned critical Marxist thinkers today. I hope some of you find the time to read it. I would be interested in knowing about the reception of Harvey’s engagement from libertarian municipalists/communalists/social ecologists.

One note on the text: It is a response to another text, so if you’re not particularly engaged with the specific dialogue within geography, then you might want to just scroll down. The second half deals with Bookchin in a more concentrated way.

Here is the link: http://davidharvey.org/2015/06/listen-anarchist-by-david-harvey.