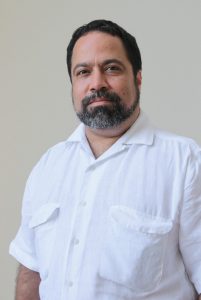 All of us at the ISE were terribly saddened to learn of the sudden passing of our friend, comrade and former student Carmelo Ruiz-Marrero during the afternoon of Tuesday, September 6th. Carmelo apparently had a sudden, fatal heart attack while at work in his home city of San Juan, Puerto Rico.

Carmelo was one of the most articulate and accomplished of our many social ecology M.A. graduates during the years we were based at Goddard College in Vermont. While at the ISE, he studied the growth of corporate and neoliberal influences in the environmental movement, particularly around the lead-up to the UN “Earth Summit” in Rio de Janeiro in 1992. This was the event that produced the landmark UN Framework Convention on Climate Change, which in turn has shaped all international climate deliberations since the 1990s. Drawing on a wealth of international sources in both English and Spanish, Carmelo probed the insidious role of corporate officials and think tanks in shaping the Rio agreements and undermining their transformative potential. 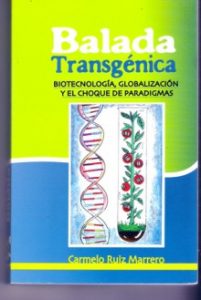 Since graduating from the ISE/Goddard program in 1995, Carmelo has distinguished himself as a premier bilingual environmental journalist, with a significant focus on agroecology and the science and politics of GMOs. He published two books in Spanish on these topics and played a key role in making current information and analysis on biotechnology, neoliberalism, green politics, corporate crime, and natural resource issues available to Latin American audiences. His journalistic credits include articles for Telesur, Corpwatch, Counterpunch, InterPress Service, Earth Island Journal, The Ecologist, Food First, and numerous other outlets, including TV and radio work both in Puerto Rico and on the US mainland. He also lived and worked in Ecuador and Colombia and studied biotechnology and biosafety in Norway.

Carmelo will always be remembered in the ISE community for his incisive political analysis, brilliant and relentless sense of humor, and his unparalleled passion to probe the details of all things political, as well as the vast absurdities of popular culture.