ISE co-founder Dan Chodorkoff has written a new novel, Sugaring Down, which has just been published by Fomite Press. 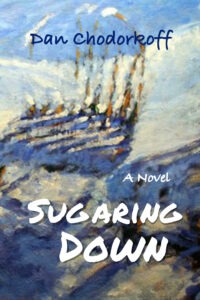 Sugaring Down takes place in 1968 and follows the story of an idealistic anti-war activist couple from New York City who move to an abandoned hill farm in Vermont’s Northeast Kingdom to start a commune and build a new society.

“An engaging historical novel set among well-intentioned activists during the 1960s.”
—Clarion Reviews

“In Sugaring Down Dan Chodorkoff tells the story of a young couple, of the communal days of 1968 and 1969, of political passions and of a Vermont landscape that exists in its own weathered right. The notion of revolution that animates the young communards has become distant but that is all the more reason to read this compelling, deeply felt novel.” Vermont author Baron Wormser.

“Sugaring Down…reads much like a memoir,” writes Brandee Gruener for Clarion Reviews. “It takes care to describe the political movements and thinking of the late 1960s, and its dialogue is peppered with expressions of the times (people are ‘lit up’; situations are ‘out of sight’ and ‘far out’)…Marked by tragedy and regret, Sugaring Down is an engaging historical novel,” she writes.

Author Dan Chodorkoff says he wrote the novel from “personal experience, a love of Vermont, and a life-long concerned involvement with the process of social change.” Key themes include “non-violence, communalism, and Vermont history,” he says.

Sugaring Down releases February 8th, 2022 with Fomite Press, of Burlington, Vermont, and is available here and wherever books are sold. To interview the author or schedule a reading, please contact Dan Chodorkoff at dchodorkoff@gmail.com.

Dan Chodorkoff is a writer and educator who co-founded The Institute for Social Ecology. He received his PhD in cultural anthropology from the New 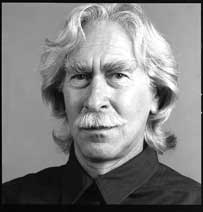 School for Social Research, where his studies focused on the integration of alternative technologies like solar energy, wind energy, and community gardens into grassroots community development efforts on the Lower East Side, where he worked for twelve years in the 1970s and 80s. A former college professor, Chodorkoff is the author of Loisaida: a novel and The Anthropology of Utopia: Essays on Social Ecology and Community Development. His writing has been translated into five languages and has appeared in numerous journals and anthologies. He received a Wenner-Gren Foundation Grant for anthropological research, and in 2015 was awarded the Goddard College Presidential Award for Activism.