Established in 1974 and incorporated in 1981, the ISE has been a global leader in the struggle for a social and ecological society. The ISE has played a historic and catalytic role in movements against nuclear power, GMOs & biotechnology, global exploitation, and for indigenous rights and women’s liberation. We have also been a crucial resource for engaged scholars and students, having collaborated with colleges and universities throughout the American Northeast and beyond. The following chronology offers a sense of key events and impact of social ecology over our nearly 45-year history. 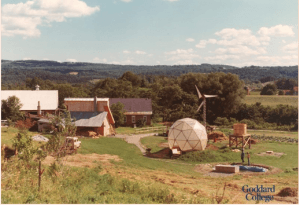 1975
ISE works with the Ramapo Mountain People in New Jersey, descendants of Iroquois and Algonquian people.

Urban Alternatives Conference is held at Greenwich House, a community center in the Village. Many participants come from New York City’s Lower East Side and the burgeoning the Sweat Equity Urban Homesteading Movement.

1976
Toward(s) Tomorrow Fair: At the University of Massachusetts, Amherst, Murray Bookchin serves as a keynote speaker.

Spruce Mountain Affinity Group forms in Central Vermont as part of the Clamshell Alliance, a non-violent civil disobedience network dedicated to stopping the advance of nuclear power in the U.S.

1978
ISE works with the Shad Alliance, an influential offshoot of the Clamshell Alliance working in New York and the Hudson Bay area.

1979
Akwesasne/Mohawk Nation struggle. State police blockades the Reservation. The ISE helps by running supplies on canoes through the blockade.

1980
Overnight occupation of the NY State House in Albany in support of the Akwasane Mohawks.

Women and Life on Earth/Women’s Pentagon Action sponsored by ISE.

1981
ISE incorporates as an independent non-profit.
New England Anarchist Conference is held on the Goddard campus.  Resolutions approved that Bookchin brings on a fall European tour. 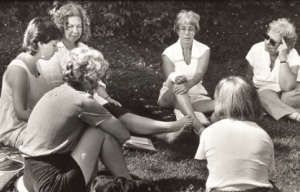 1984
ISE is part of founding the Learning Alliance, an influential popular education project in NYC.

Green Committees of Correspondence founding meeting in Minneapolis. ISE serves as fiscal sponsor and one of the main organizers, first organized the Greens as a US national network.

1988
First in a long series of Continental Conferences are held on social ecology in affiliation with various universities, including Concordia, McGill, Santa Monica College, University of Wisconsin, University of Tennessee.

1989
Sandy Baird runs for Mayor of Burlington, VT as a Green.

1990
Earth Day Wall Street Action, organized by the ISE and the Youth Greens with allies and endorsers across the region and nationally. First black bloc appears in the U.S., modeled after German autonomen. 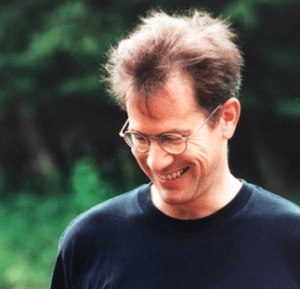 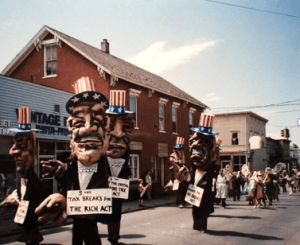 1999
Battle of Seattle:  Height of the US anti-globalization/global justice movement.

2000
Biodevastation event organized by the ISE brings 3,000 people to march on the BIO (Biotechnology Industry Organization) convention in Boston. Three-day teach-in features Barry Commoner, Vandana Shiva, and other international guests. Kindred events will occur annually through 2007 in major cities throughout the US and Canada.

ISE Biotechnology Project co-organizes large demonstration in response to a USDA-hosted event in Sacramento, focused on official US strategies for the World Trade Organization’s upcoming meetings.

2010
January Intensive in NYC includes a demonstration at a corporate carbon trading conference, organized by the ISE as part of the Climate SOS network. 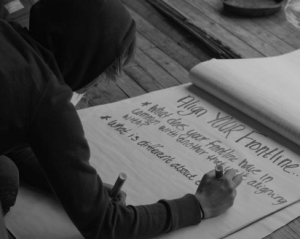 2012
Two NYC Intensives on the theme of “Direct Democracy and Dual Power” draw many participants from Occupy Wall Street.

2014
ISE celebrates its 40th anniversary with a gathering in Marshfield, VT.

2017
First west coast summer intensive is held in San Francisco at the California Institute of Integral Studies in partnership with their Department of Anthropology and Social Change.

Three day retreat and meeting with members of the Symbiosis network, developing plans for a radical municipalist convergence in North America.