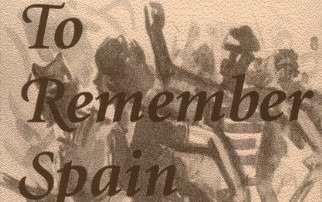 “To Revisit Spain,” by Eleanor Finley

“The silence that gathers around Spain, like a bad conscience, attests to the fact that the events are very much alive.” – Murray Bookchin, To Remember Spain.

In the late 1960’s, social ecologist Murray Bookchin traveled throughout Spain and Catalonia collecting the history of Spanish anarchism. Though the 1936-1939 Spanish Civil War was highly-publicized throughout the “democratic” west, few accounts ever dealt seriously with the social revolution that took place within in. Furthermore, no definitive history existed of the Spanish anarchism that fueled these events, a political movement dating back to the mid-19th century. Murray set out to write this history and, in the process, shed light on the development of revolutionary Left theory and practice.