Matt H. has traveled to Madison, Wisconsin to participate in the widespread protests against the Republican Governor Scott Walker’s plan to cut the bargaining rights and benefits of public workers. Matt posted the photo below, taken earlier this morning (Saturday February 19th).

He reports “People from all across the country have been calling in pizza orders for protesters. Ian’s Pizza delivered 30 pizzas!” 🙂

[UPDATE] “Tea partiers bused in by corporate backers, but union members and their supporters out number them 15 to 1.” 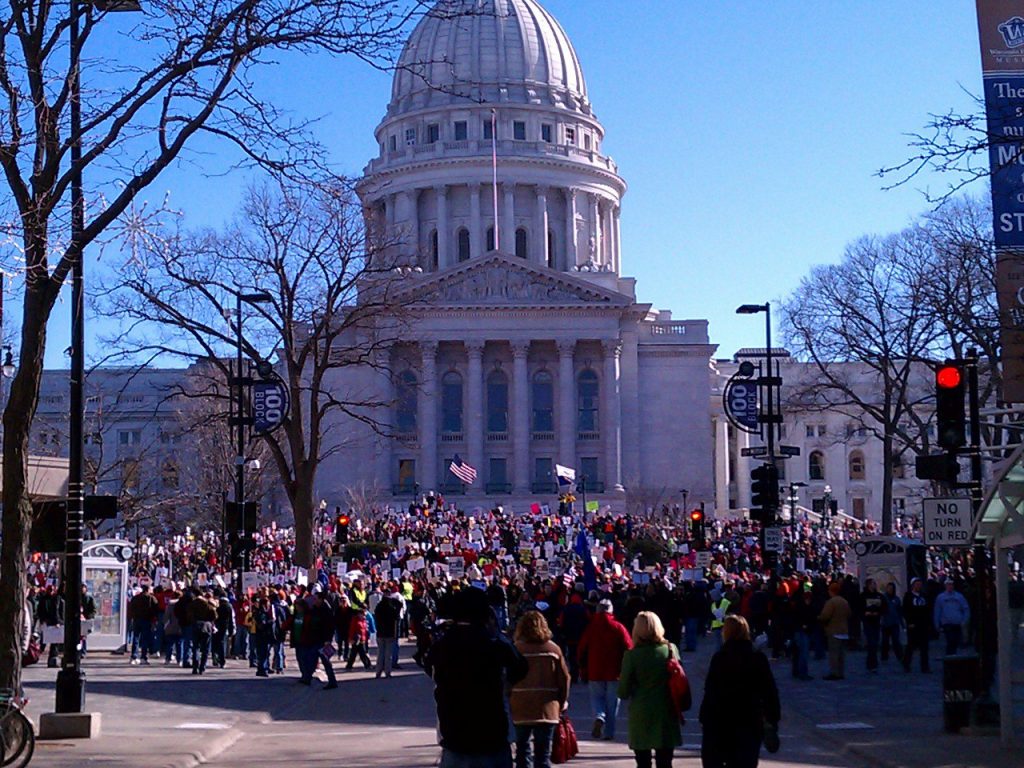 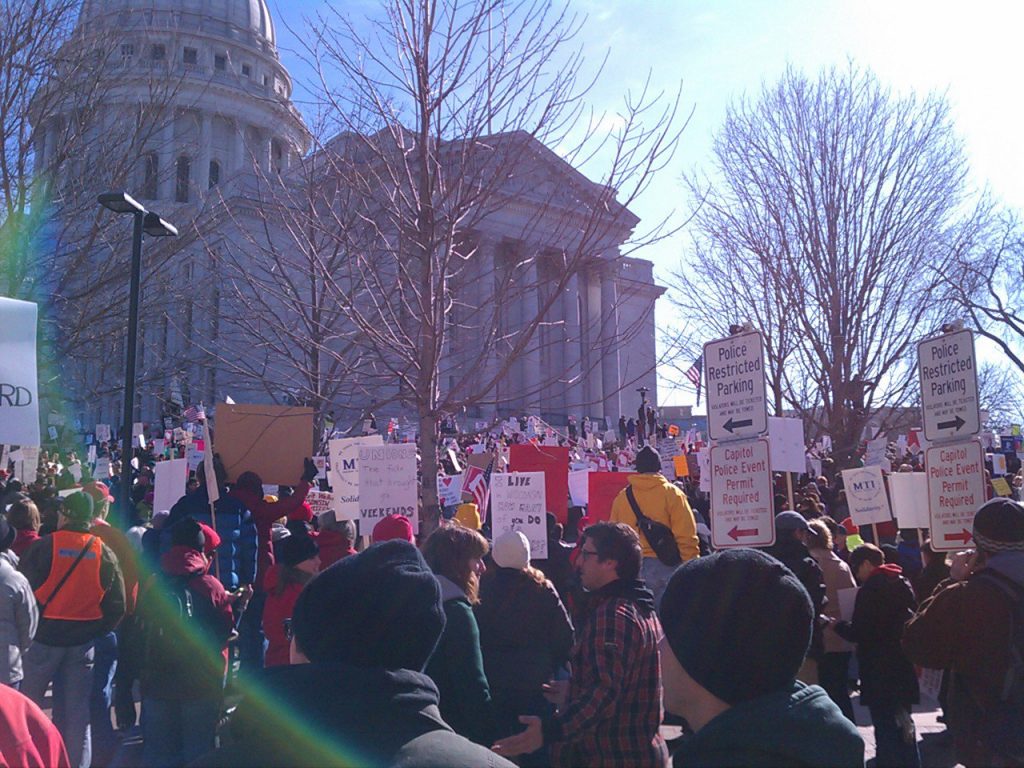 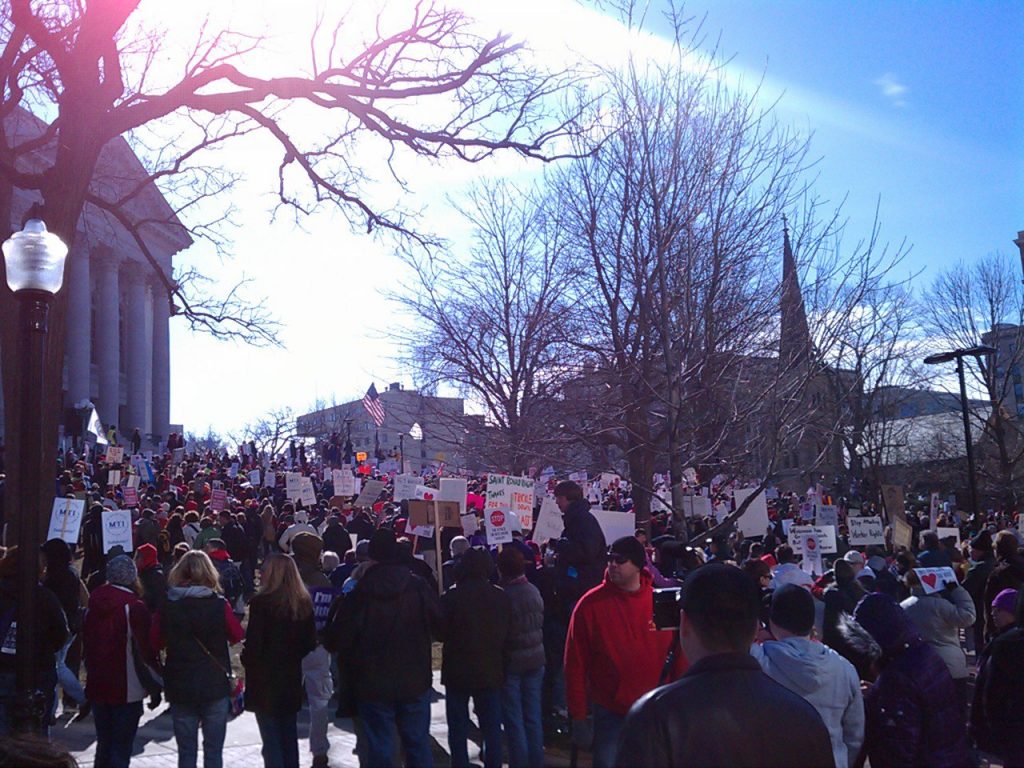 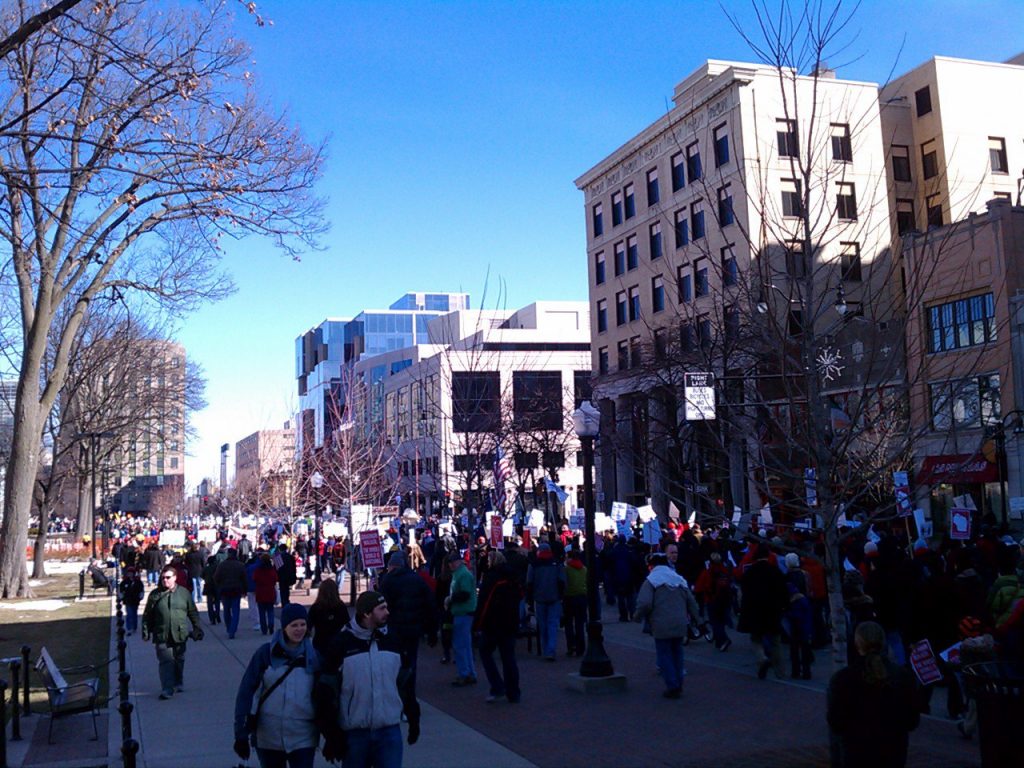 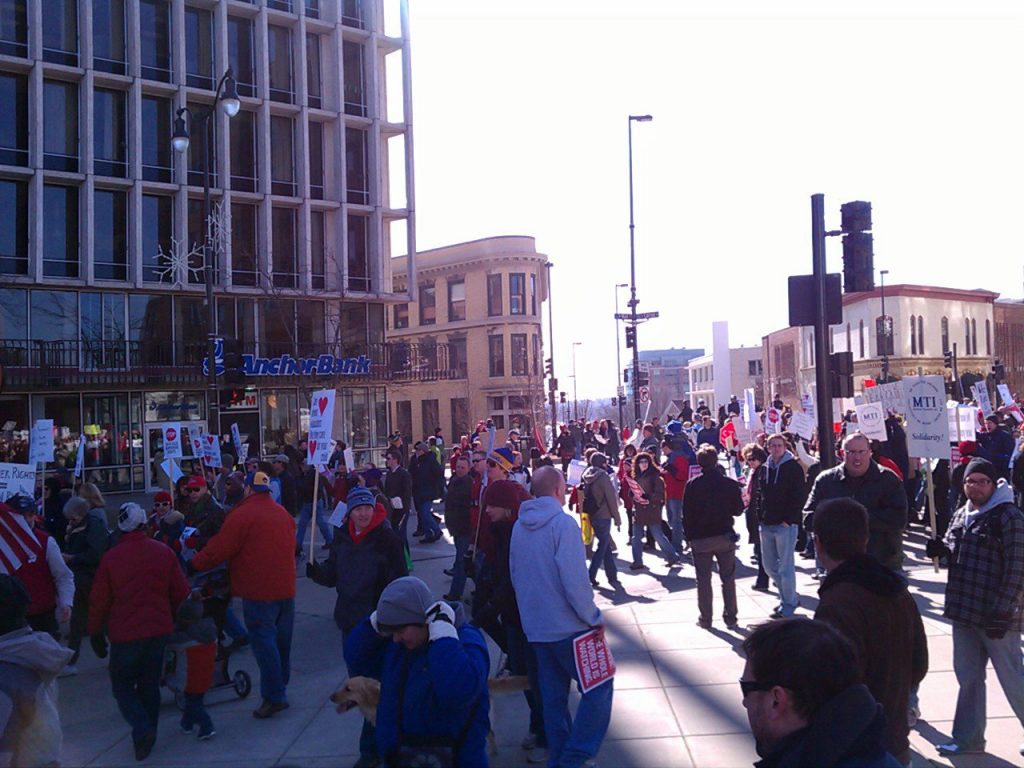 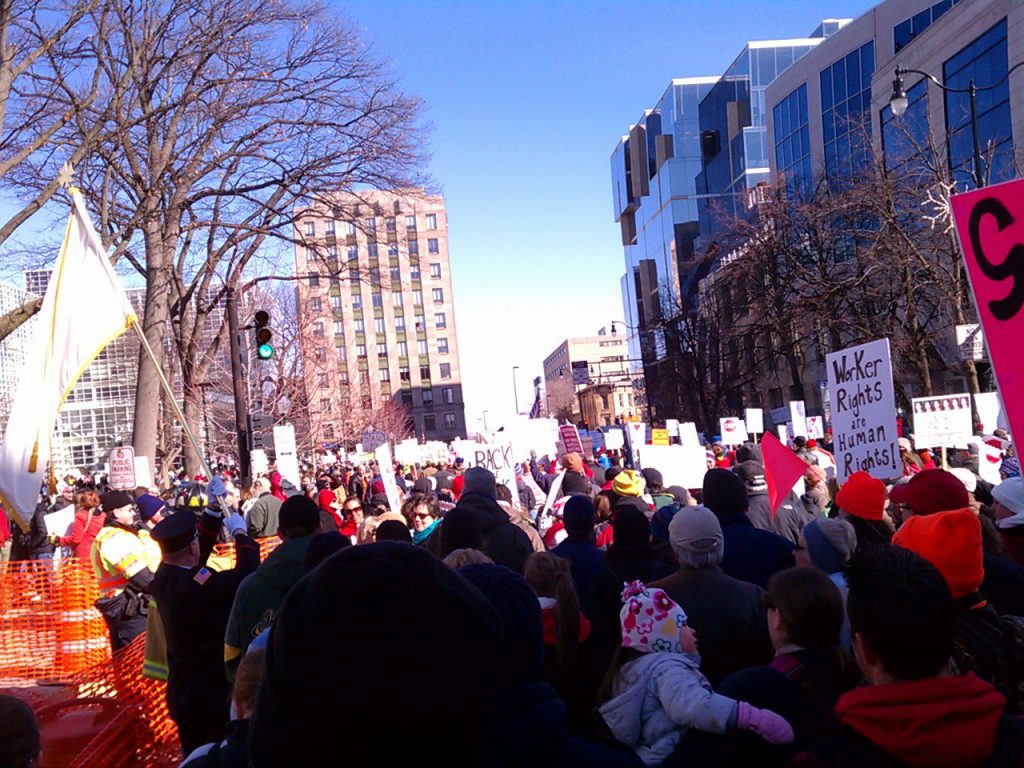 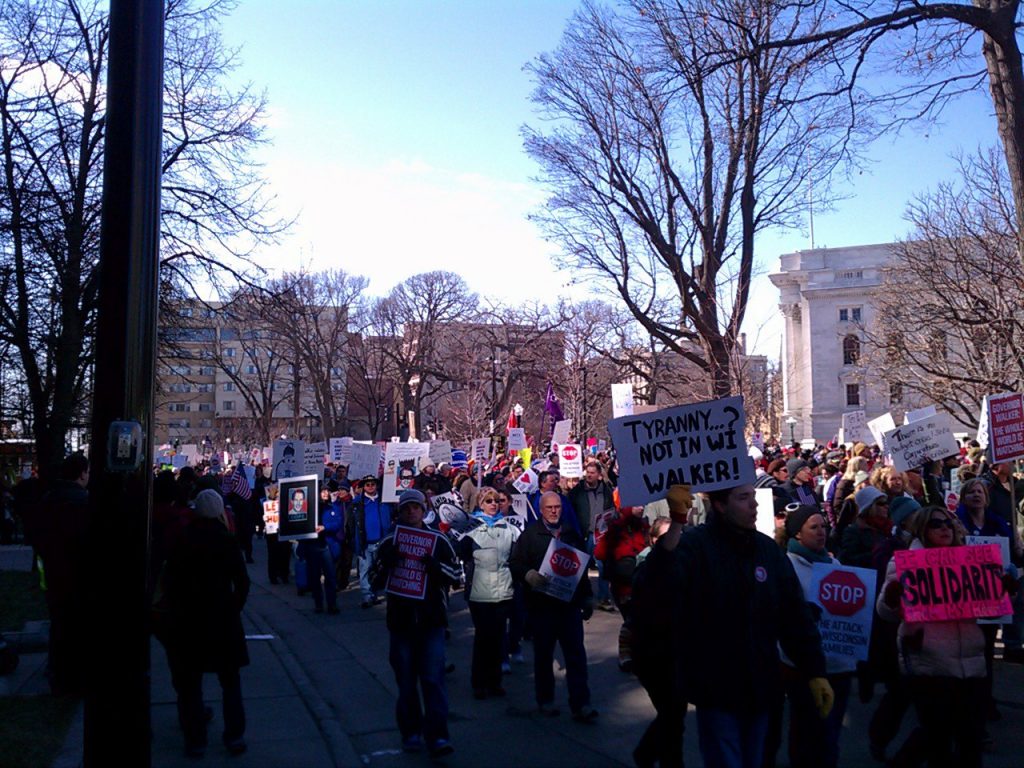 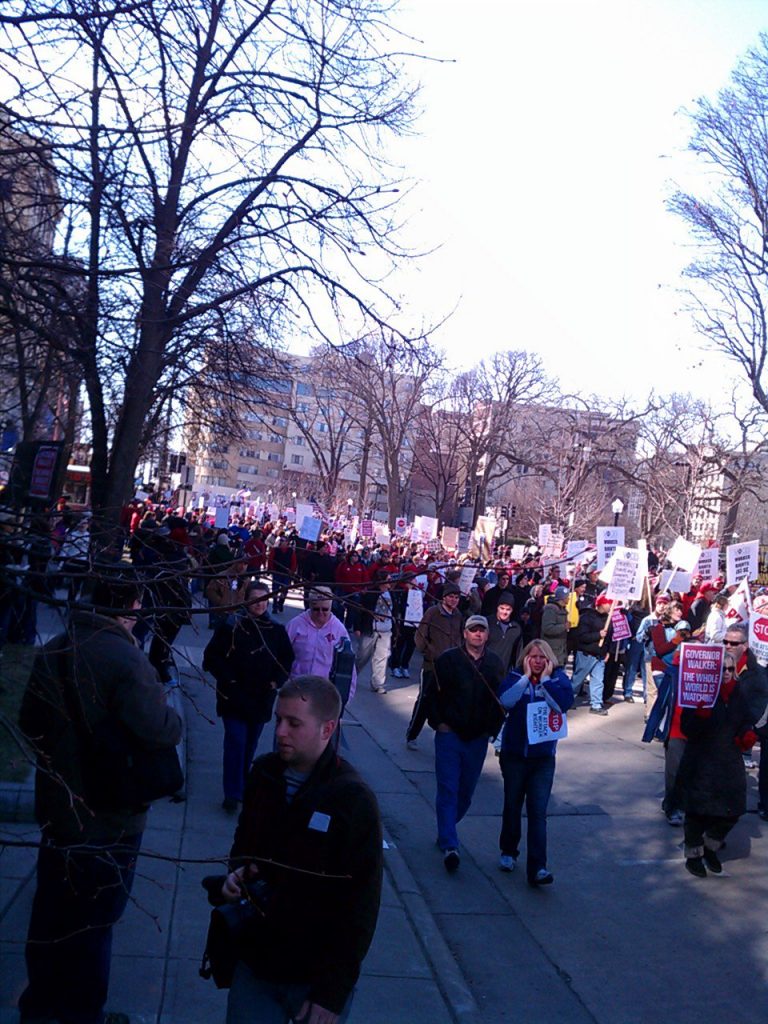 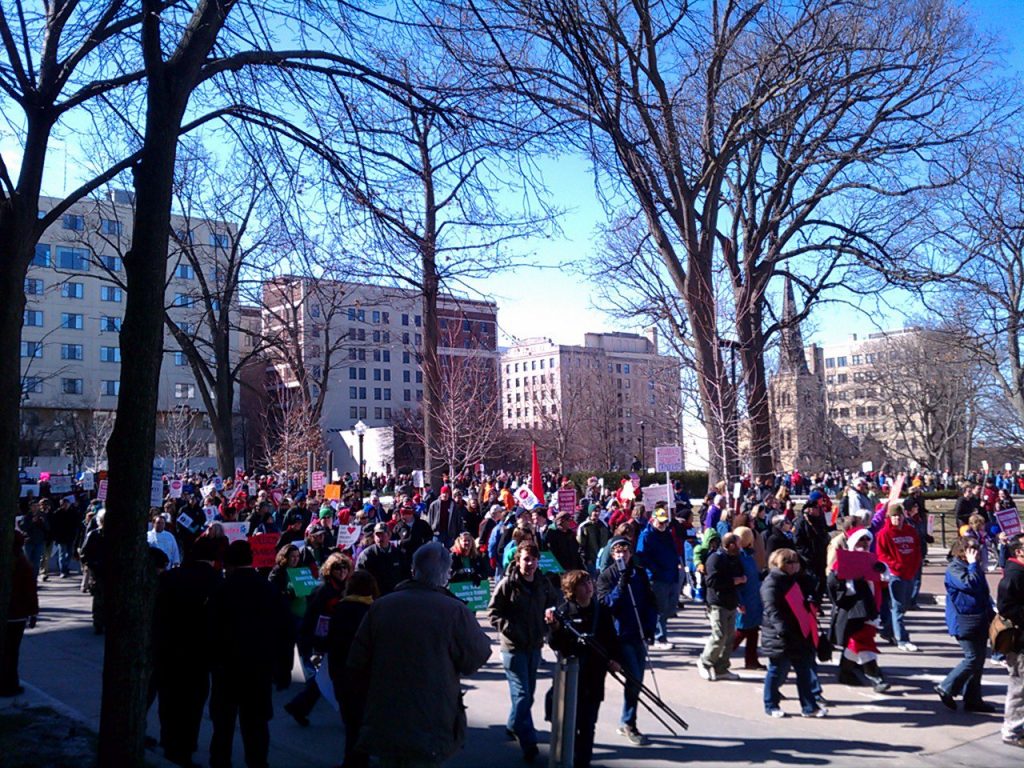 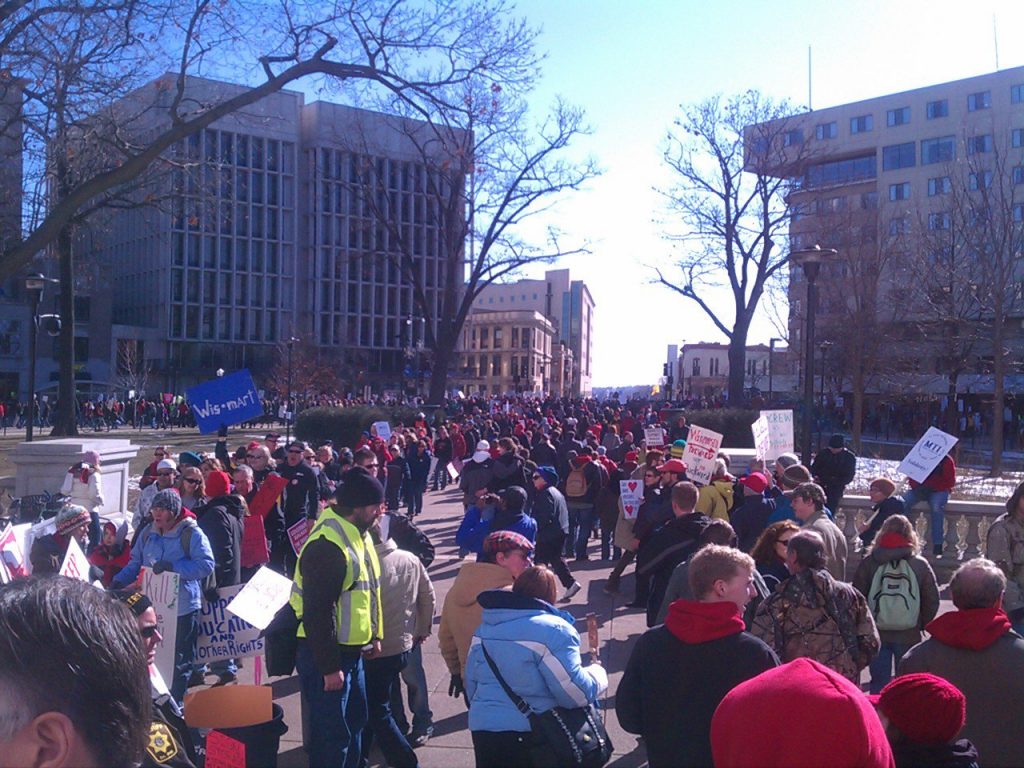 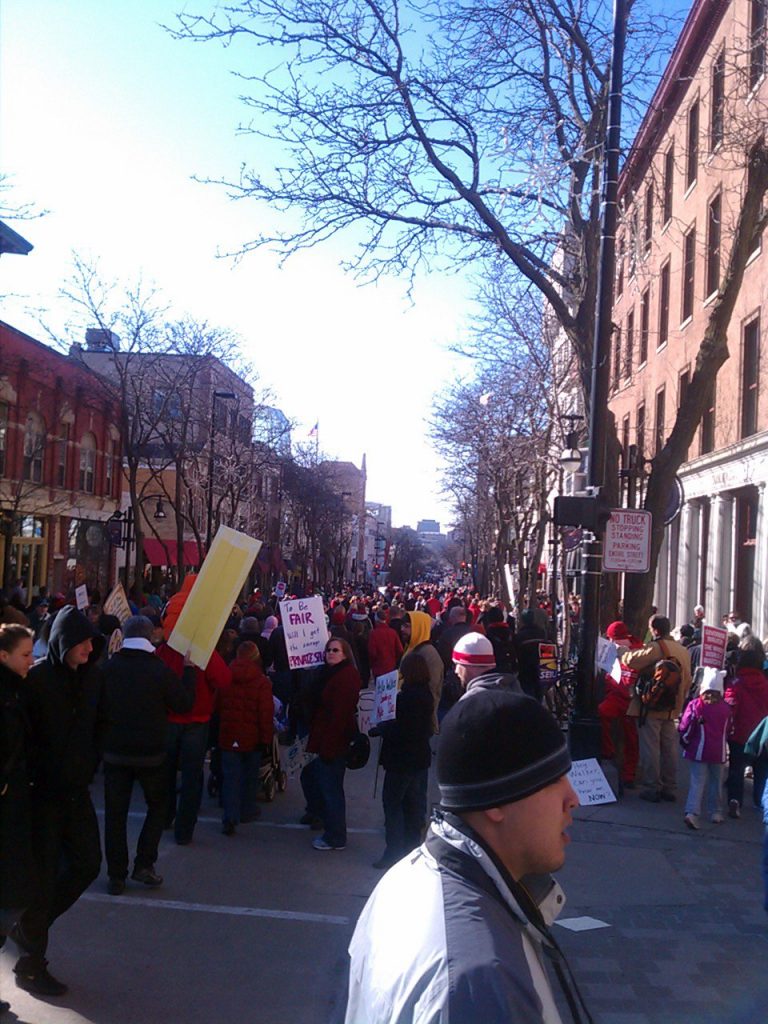 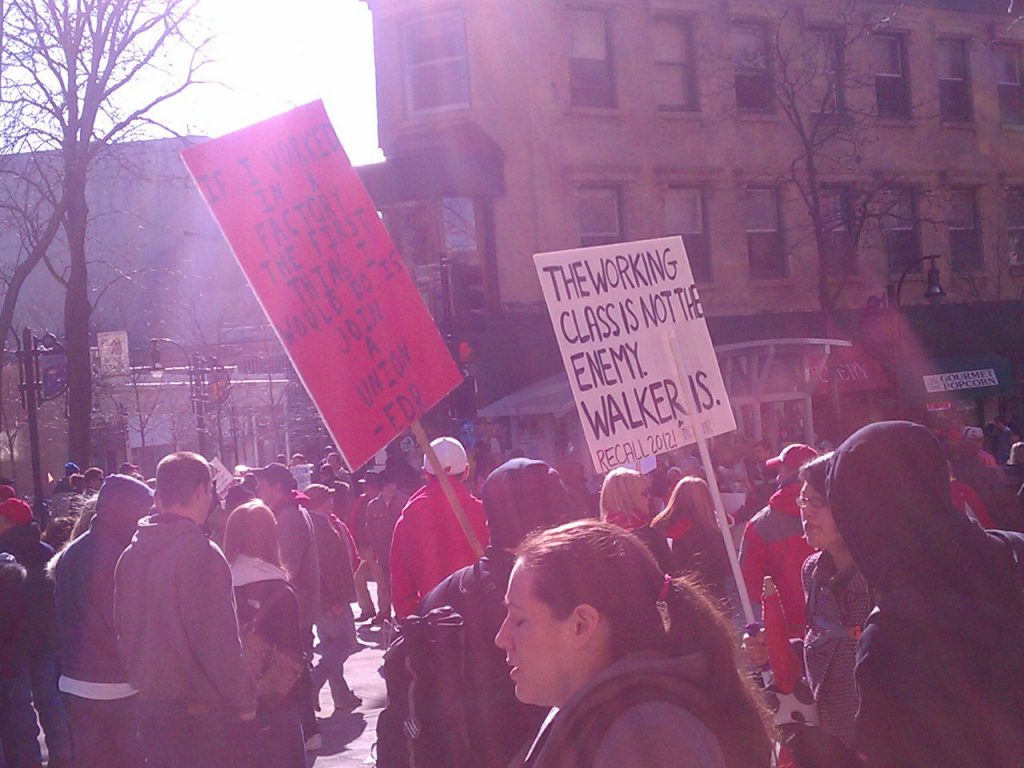 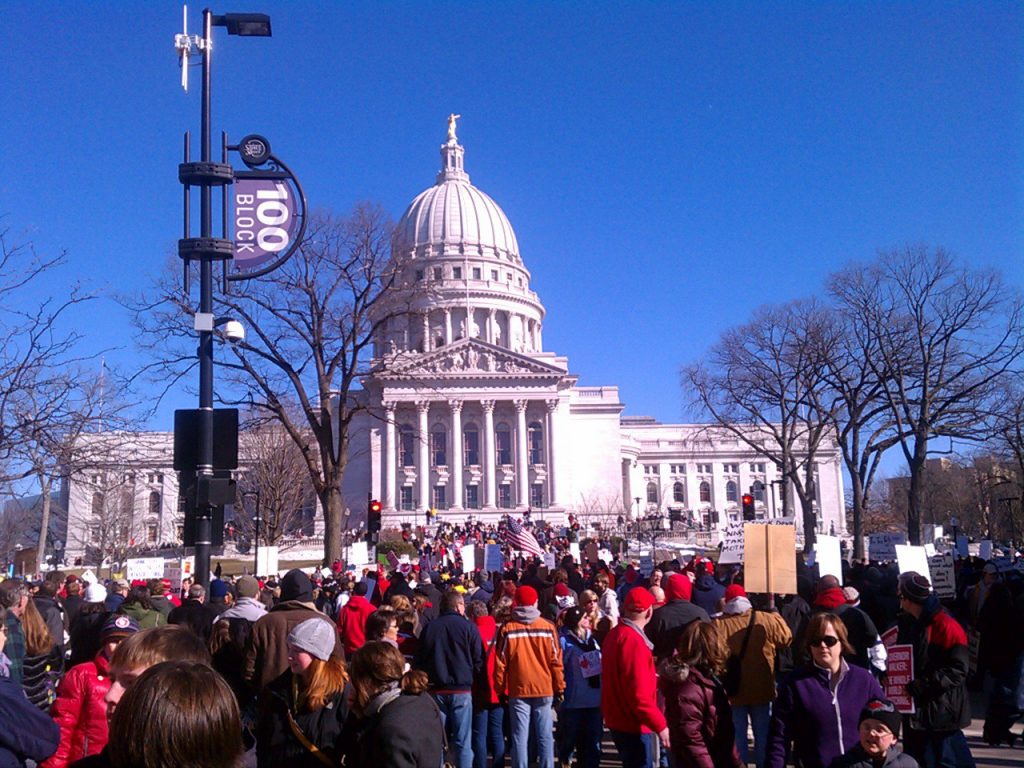 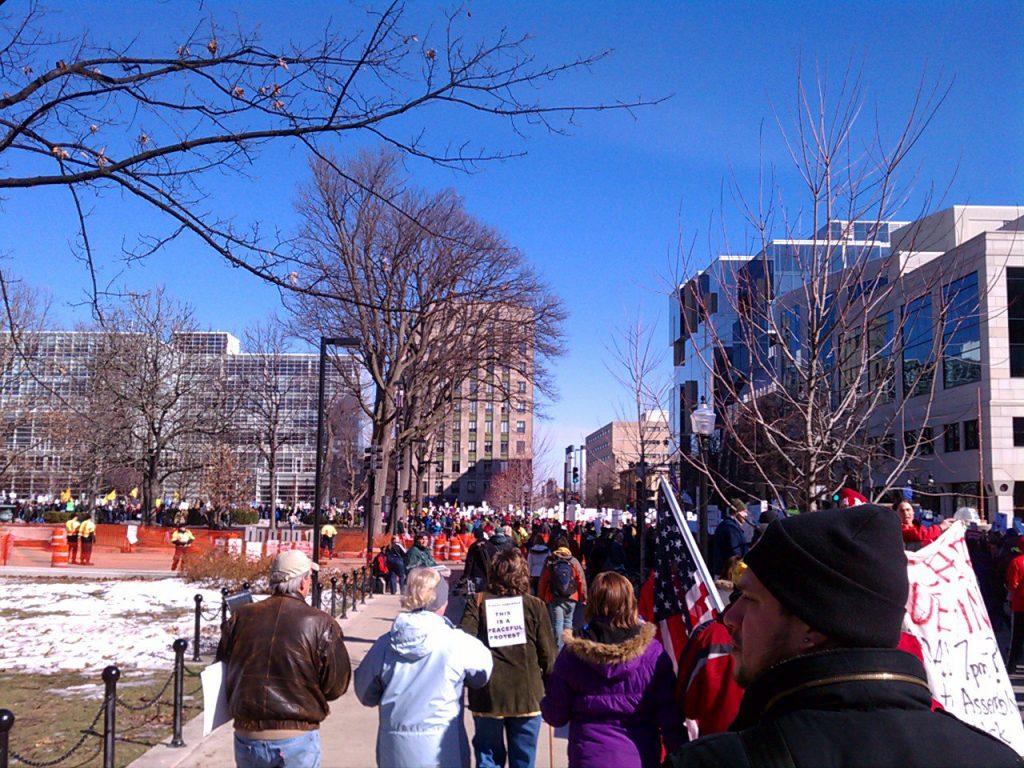 One Reply to “Mass protests in WI against union-busting plan”