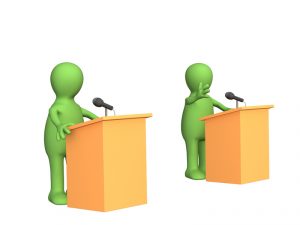 The article “Social ecology needs development, dissent, dynamism” published January 17, 2011 has, as of this writing, received 48 comments and, according to Google Analytics, 871 page views (609 unique views).

[from a comment left in response to the “Social ecology needs…” article] Marcus Melder said:
I want to suggest a formal debate between a Communalist social ecologist and a social ecologist who does not support libertarian municipalism as a transformative praxis. This could provide a published critique b/w social ecologists and could be done as a youtube video or as was done b/w P. Staudenmaier and M. Albert (but this time allowing for a comments thread).

[Karl Hardy comment in response]@ Marcus, of course. Though… I am not comfortable with the way you have framed the ‘opposing’ views. I’d also insist that such a debate be public.

[Karl Hardy to those who have access to the Communalism.net forum] Is anyone interested in participating in such a “debate?”

I posted the above on the Communalism.net forum (restricted access) on February 21, 2011. To date, no one has agreed to take part in a public “debate.” If any reader of the Social Ecology Blog is interested in participating in such a “debate” please make it known.
I believe a public “debate” would be (re)constructive for those associated with the ISE and Bookchin’s social ecology, in general. To my knowledge, there are very few examples of publicly-documented critical discussions or debates among social ecologists/those who identify with social ecology.
My intention is that *we* can create an opportunity for generative, constructive, respectful (feel free to pick your favorite adjective) conversation. The open exchange of ideas can only further the work of the ISE and social ecology.

9 Replies to “Making a public proposal for a public “debate””