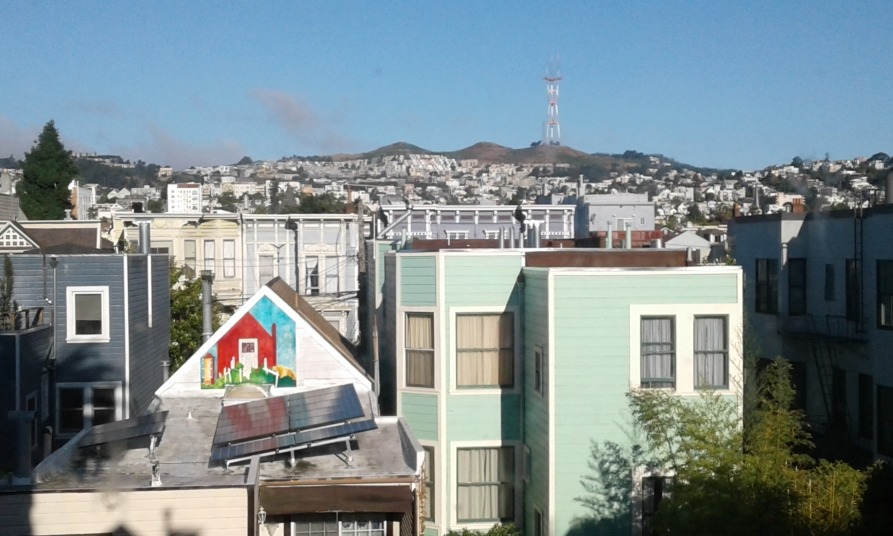 We had a truly exceptional time at our recent social ecology seminar in San Francisco.  Thanks to Michelle Glowa and everyone at the California Institute for Integral Studies who made it possible, and to our incredible class of participants from all across North America and around the world!  You can view the full schedule, and see that we had a packed 6 days of lectures, discussions, field trips and some fun outings.  We had an unprecedented number of participants actively engaged in organizing popular assemblies, from the Pacific Northwest to the desert state of Rajasthan in India, and look forward to seeing many of the new friends we made in SF at our annual summer gathering in Vermont!

Here are a few images to share a sense of the breadth of what we did: 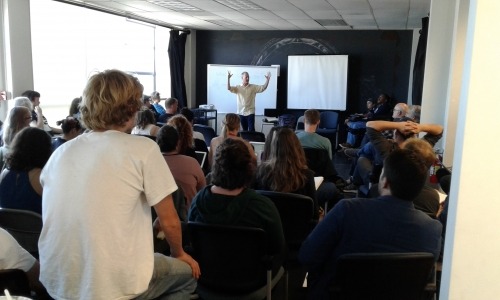 In addition to his regular class on capitalism and alternatives, Peter Staudenmaier shared his expertise on the rise of right wing movements, past and present.

Here’s our panel on anti-racist organizing, featuring folks from Bay Area groups including the White Noise Collective and Occupy the Farm: 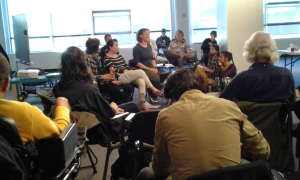 On Monday afternoon, we toured the Bayview/Hunter’s Point neighborhood with Mavis Williams and others from the Mothers and Fathers Committee for Health and Environmental Justice, along with Green Action organizer Brian Butler. Residents have won important struggles vs. toxic contamination over many decades, but still face severe health challenges. Though life expectancy in the neighborhood is 14 years less than many other parts of San Francisco, developers are  building new condos adjacent to a former shipyard with buried radioactive waste. 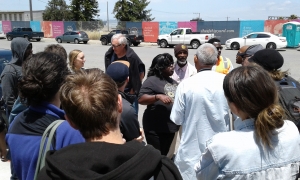 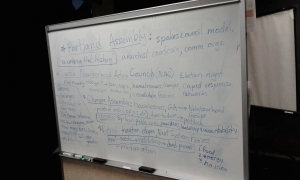 We spent an evening learning from participants who are involved in popular assembly organizing in Seattle, Olympia, Portland and Detroit.

We joined Chris Carlsson of Shaping San Francisco on a fascinating tour of some of the city’s unique radical history. 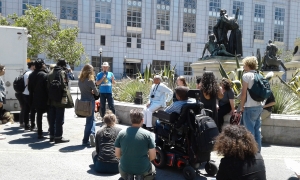 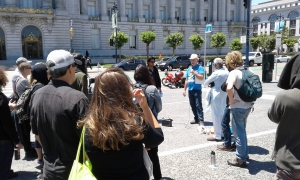 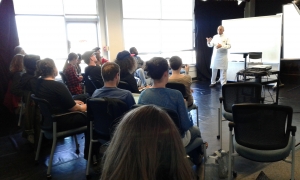 Jawahar Lal of the Nature-Human Centric Peoples Movement in India, and a participant in our week-long program, explained the legacy of extreme corruption in Indian politics and how a strategy of People’s Assemblies is emerging as an alternative. The movement’s core principles include environmental protection, social security (including reducing income ratios), people’s assemblies, transparency, public dialog as an alternative to military conflict, and democratic (including workers’) control of economic activities.

Other guest presenters included David Solnit of 350.org and Brooke Anderson of Movement Generation. Photos here are by Brian Tokar.  More to come!