Last week New York Magazine published David Wallace-Wells’ essay “The Uninhabitable Earth,” which has become one of the most widely-read and discussed pieces of environmental journalism in recent memory. Adam Michael Krause offers some thoughts on what the text and its critics get right and wrong. 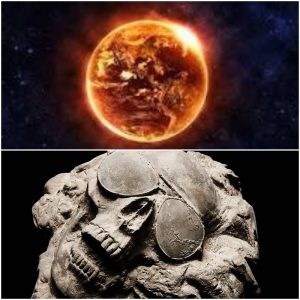 Last Monday, David Wallace-Wells published “The Uninhabitable Earth,” an essay detailing worst-case climate change scenarios. It freaked a lot of people out. It is, as he writes, “a portrait of our best understanding of where the planet is heading absent aggressive action.” A lot of it is very scary.

Here are a few of the scariest parts. “Two degrees of warming used to be considered the threshold of catastrophe: tens of millions of climate refugees unleashed upon an unprepared world. Now two degrees is our goal, per the Paris climate accords, and experts give us only slim odds of hitting it.” And just how fast are we warming the Earth? 252 million years ago, the release of greenhouses gases warmed the Earth and killed 97% of all life. We are currently adding carbon to the atmosphere about ten times faster than that. And many of the effects of climate change are already upon us. “In case you haven’t heard, this spring has already brought an unprecedented quadruple famine to Africa and the Middle East.” We have provoked nature. Forces beyond our control will soon rage all around us. Awful events are impending, inevitable, and in some cases, already happening.

There is much more. A lot of it is terrifying. It is definitely worth reading if you have not.

Yet, even if we do something, it could still be far worse than most of us imagine.

But “The Uninhabitable Earth” has not just been criticized for ignoring all the good things people might do. It has also been criticized for ignoring all the terrible things people will do. According to Daniel Aldana Cohen, “The actually realistic danger zone is a combination of too little decarbonization, too late, in the context of hardening inequalities of class, race, and gender — in short, eco-apartheid. Those brutal inequalities, and the bullets that maintain them— not molecules of methane — are what will kill people.” Wars, famine, inequality, and the selfish refusal to help others will compound and intensify the damage done by climate change. Long before death by dehydration starts killing everyone, wars over water and fights over food will take a lot of lives. According to Cohen, the real danger is “a vicious right-wing minority imposing the privilege of the affluent few over everyone else. That’s the real and scary (and political) story.”

Fossil fuel barons and the politicians who enable them are hell-bent on making the most money for the fewest people (i.e., themselves) in the shortest time possible. Everything else is irrelevant and everyone else is a historical footnote. And if shit gets really bad, the rich can always retreat to palatial estates on mountaintops, sip cognac from diamond-encrusted goblets, and sleep soundly on expensive mattresses while the rest of us deal with super-viruses, famines, droughts, wars, and plagues.

There are thus two critiques of “The Uninhabitable Earth.” First, Wallace-Wells fails to account for all the positive environmental actions we’re going to take. But he also ignores the negative political actions that are bound to occur. But something is missing here. These two critiques don’t go well together. It just doesn’t make sense that we could make major reductions in emissions with the same old “vicious right-wing minority” in power. If they’re still in charge and pushing wars, we’re screwed. It seems obvious, but apparently bears repeating: environmental change requires political change. Capitalism fuels environmental devastation. We will only halt environmental devastation if we dismantle capitalism.

And if “a vicious right-wing minority” is still imposing “the privilege of the affluent few over everyone else,” then the doomsday scenarios Wallace-Wells describes remain likely. Curbing emissions enough to ensure the survival of life on Earth will require taking power away from that vicious minority. The extractive imperialism and vast inequalities that help the rich stay rich are warming the globe and destroying our air, water, and agriculture. We cannot reduce emissions without taking their power away.

Learning to inhabit a world of equals, free from borders and hatred, a world of mutual aid and an economics based on everyone’s survival rather than a few people’s wealth cannot be separated from the creation of an ecological society. In fact, this is a description of an ecological society. Clean air and water are just wonderful corollaries of those other things. Fossil fuels and extractive, aggressive imperialism made capitalism possible. Abolishing them will make capitalism impossible and a better world attainable. (If we don’t manage to abolish fossil fuels and aggressive imperialism, there’s an essay called “The Uninhabitable Earth” you ought to read, just so you know what’s coming.)

So to say that Wallace-Wells should admit that models based on doing nothing more than what we are currently doing are misleading (because of course we’re going to do so much more), and to also say he should account for the “vicious right-wing minority” that will continue demanding that everyone kill everyone else on their behalf, well, that merely muddles up the actual issues. If those assholes are still ruling the Earth, then we’re almost certainly not reducing emissions. After all, why have the wealthy been waging all these wars? They want fossil fuels extracted and burned. They want control over all the resources and to remain absurdly wealthy. If we try to reduce emissions without revoking their power, we will fail miserably. If the status quo survives, we’re doomed. Death to the status quo.