So far only in French, at http://www.monde-libertaire.fr/ecologie/14178-les-trois-facettes-de-lecologie-sociale. Vincent also manages the French language social ecology web portal, www.ecologiesociale.ch. The site has an RSS feed that aims to inform subscribers of all new social ecology publications in French.

200th Anniversary of the Luddite Uprisings

November 2011 – January 2013 are the 200th anniversary of the Luddite uprisings: a great opportunity to celebrate their struggle and to redress the wrongs done to them and their name. Today science and technology raises many more critical social, environmental and ethical issues, but from GM food and eugenics to plans for engineering the planets climate, from surveillance to nuclear power, these issues are rarely addressed properly, partly because anyone who raises criticism is denigrated as a ‘luddite’. History has been written by the victors and the Luddites are portrayed as opposed to all technology and progress: it is ironic that while the ideology of technology as progress has hardened into a rigid dogma, which must condemn all critics as ‘anti-science’, in fact the Luddites opposed only technology ‘hurtful to commonality’, (i.e. the common good). They destroyed some machines whilst leaving others, and earnt their living using a complex piece of technology, the hand loom. In their spirit, we make no apology for calling for real democratic control over science and technology. Public meeting in London, Weds. June 8th.

by Carmelo Ruiz-Marrero (First of 3 parts) The movements for ecology and justice face a particular set of opportunities and perils at the start of the second decade of the 21st century. Those who seek to transform North-South relations to advance sustainability and the eradication of poverty and hunger would do good to re-examine and …

END_OF_DOCUMENT_TOKEN_TO_BE_REPLACED

“The half-life of disaster” by Brian Massumi

ISE Director Brian Tokar recommends this article from Brian Massumi, who translated Deleuze & Guattari’s 1000 Plateaus and several later writings of theirs into English. Here’s an excerpt from the piece: As a counterweight to the conditions of precariousness fostered by disaster capitalism itself, certain key economic sectors are allowed to consolidate through mergers. These quasi-monopolistic …

END_OF_DOCUMENT_TOKEN_TO_BE_REPLACED

Now Available: audio from a 2011 Left Forum panel discussion entitled “Capitalism, Climate Change, and Social Conflicts.” The panelists include ISE Director Brian Tokar, Chris Williams (Pace University), and Younes Abouyoub (Columbia University). The panel was sponsored by the Union for Radical Political Economics and was chaired by Emily Giles. Click here to link to the audio. 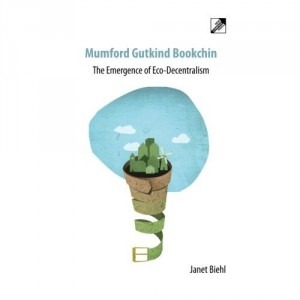 Janet Biehl has published an excerpt of her forthcoming biography of ISE co-founder Murray Bookchin. The new work, entitled Mumford Gutkind Bookchin: The Emergence of Eco-Decentralism, is published as a 48 page pamphlet and is available via Amazon.com The product description reads as follows: Murray Bookchin (1921-2006) was the originator and primary theorist of social …