Brief bios of speakers at the Biodemocracy 2005 Teach-in

Our survival, well-being, common heritage and democracy are currently under attack by the biotechnology industry. Without the knowledge or consent of the public, biotech corporations and government collaborators are making sweeping decisions about the future of life and human society on earth. We, a coalition of diverse groups and individuals, call for democratic participation in all such decisions, and for an immediate halt to the use of biotechnologies that threaten and harm the natural world, human health, and our prospects for a sustainable future.

The BioDemocracy convergence will kick off on Saturday morning, June 18th with an open-air festival in Clark Park to celebrate the diversity of nature and our local communities. The Festival will bring together organic farmers, community gardeners, alternative health practitioners, artists, musicians, families, and activists from near and far to share knowledge, give-aways, food, fun and skills!

This 3-day teach-in will offer something for everyone. There will be workshops and panel discussions on Genetic Engineering in Agriculture, Pharmaceuticals and Human Genetics, Biowarfare and Bioweapons, Sustainable Alternatives, and the Corruption of Science, plus a special screening of the film The Future of Food introduced by filmmaker Deborah Koons Garcia, along with some of the key people interviewed in the film. Confirmed teach-in speakers include Medea Benjamin, Ignacio Chapela, Percy Schmeiser, Anuradha Mittal, Sheldon Krimsky, Carmelo Ruiz, Judy Wicks, Brian Tokar, and many more!

On the Summer Solstice, rise up in Philadelphia’s streets and gardens for the “Longest Day (of Action) of the Year!” Shine a light on biotech and pharmaceutical hotspots in central Philadelphia and spark non-violent resistance to business as usual at BIO 2005. 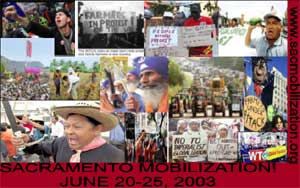 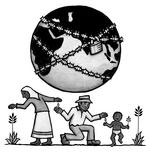 More than ten panels and workshops are designed to examine various aspects of Genetic Engineering and to invigorate us to share and create alternatives to biotechnology. 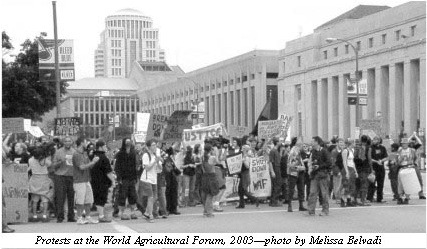 Several hundred activists from around the world gathered in mid-May in St. Louis to strategize and exchange reports of the global opposition to genetically modified (GM) organisms. BioDevastation 7 was scheduled to coincide with the corporate-dominated World Agricultural Forum, affiliated with locally-headquartered Monsanto and hosted by Cargill—both among the strongest proponents of GM crops. Reports from activists indicated that the agricultural genetic engineering industry, on the heels of both worldwide protests and lukewarm market successes, is on the defensive and resorting to increasingly desperate tactics.

BioDevastation 7 sought to extend the critique of GM crops to include their relationships to war and environmental racism. Unexpectedly, these connections were vividly demonstrated by an unlikely ally: the St. Louis police department. Upon arriving at the BioDev venue, we were shocked to learn that nearly 30 local activists and BioDev participants had been arrested on spurious grounds.